In the previous article (PIONEER OR TRAITOR? WHAT DID THE OKINAWAN MASTERS REALLY THINK ABOUT FUNAKOSHI'S WORK?) we saw what was the opinion of the various masters, "colleagues" of Funakoshi sensei, with regard to the latter, to his work, and to the quality of the Karate that was spreading in mainland Japan. From the study carried out it emerged that Funakoshi was undoubtedly a master appreciated, as was his work of introduction of Karate in the Japanese capital, Tokyo. Even a master of the caliber of Chibana Choshin sensei, who was foreign to the world of school karate, expenses (in one of his articles) some words of praise towards Funakoshi sensei and Motobu sensei, real "pioneers" who worked on the spread of Karate in Japanese territory.

Chibana Choshin
Despite this, by the documents collected also appears clear a general criticism of Japanese Karate, critical that, as mentioned in the previous article, was also moved by two okinawans emigrated to mainland Japan, and not only from those remained in Okinawa, I mean Mabuni sensei and the same Funakoshi sensei. In order to reconstruct a picture of the situation, it must be remembered that in addition to Funakoshi, in the Japanese territory other okinawans were also active, including the main ones (but not the only ones) were Motobu sensei, Mabuni sensei and Toyama sensei. However, as soon as they began to be born study groups and independent dojo, sometimes guided by self-taught who had "learned" the martial art from books and some encounters with the masters of Okinawa, other times by Japanese students of the aforementioned. Some of the latter guided university groups and, sometimes, also went to Okinawa to try to learn further teachings from the famous island Karate teachers. Mutsu Mizuho and Miki Nisaburo, authors among other things of Kenpo Gaisetsu, are an example. This proliferate, almost uncontrolled, of dojo and Karate clubs led to a rapid spread of the martial art, but also to his pauperisation, detail that was noticed by the Okinawan masters. It is no coincidence that in 1936 some of the main masters remained in Okinawa (and Motobu sensei, returned from mainland Japan) gathered, in order to protect the okinawan martial art, founding a shinkokai (promotion association). 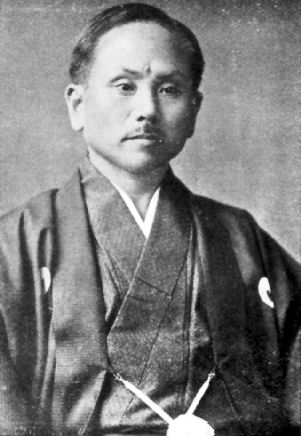 Funakoshi Gichin
Returning to Fuankoshi and his work, in addition to Chibana sensei, even another one of his contemporary remained on the island of Okinawa showed his appreciation in written form, inserting his thoughts into his article, published on Ryukyu Shimpo on 7 May 1942. I'm talking about Kyan Chotoku sensei, who picked up his memoirs and published them with the title of Karate no omoide. In this article little known by the Western public, and often disputed for the last lines of text, which are a little veiled praise to the Japanese expansion war (praise perhaps "forced" from a strongly nationalistic historical context), there are also these words:
“[…] Gichin Funakoshi went to Tokyo alone and disseminated okinawan Karate as it was created in Okinawa, as a way to protect the tiny Pacific Kingdom where there were no war weapons. As a result, okinawan Karate has advanced widely, disguised as japanese Karate. Being an okinawan, I appreciated this new development that resulted from Mr. Funakoshi's efforts. I believe that teachers and students must join, to maintain our dignity as genuine martial artists in our homeland. […]” 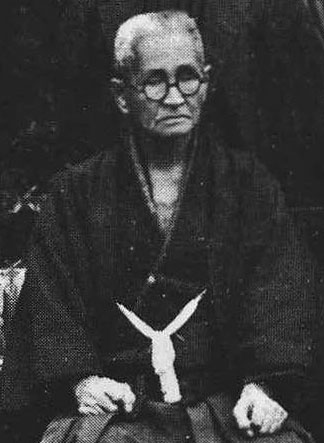 Kyan Chotoku
This is a further confirmation of how false are the rumors that claim that the colleagues of Funakoshi sensei criticized him extensively, and that they were not happy with the spread of Karate in mainland Japan. These modern voices do not take into account the fact that Funakoshi, as seen above, was not the only okinawan who was teaching Karate in mainland Japan, which strengthens the idea that they are critical invented, built ad hoc by some modern karateka, and propagates on the internet as an echo. As in the previous article, however, I want to specify once again (melius est abundare quam deficere) that although the work of the okinawans masters committed to spreading Karate in mainland Japan was appreciated by colleagues remained in Okinawa, it is not possible to say the same about the quality of the Japanese Karate that began to spread starting precisely by the teachings of the aforementioned, which was often considered technically poor and, equally serious, based on Japanese and not on okinawan principles and ideals (ie the original ones of the martial art). I conclude by noticing a noteworthy fact reported by Kyan, namely that the okinawan Karate managed to make its way into mainland Japan also thanks to that "disguise" by Japanese martial art that adopted from his arrival in Tokyo.