I recently re-read yet another post on facebook about the fact that Itosu sensei has "closed the hands in Karate", and how everyone before him hit with open hands. This, unfortunately, is a widespread belief, which has its roots in time. Of course, the reality is quite different…
We have several historical sources that deny this rumor, and one of these is precisely the source that gave rise to this false belief. At this point you may be wondering how it is possible that a written source, capable of denying this myth, is also the cause of its origin. Thanks to the Chinese whispers principle! Do you remember this game? People line up, the first thinks a word and says it in the ear of the second, who says it to the third, who in turn says it to the fourth, etc., until it gets to the last person in line who exclaims the word aloud. At this point, more often than not, the exclaimed word is different from the original one. Why? Because in a group of people there is always the one who misunderstands, or the one who manipulates reality (in this case the word), and since none of the participants has access to the primary source (the first person), they end up handing down incorrect information. The same thing happened with this written source which, at one point, was handed down incorrectly by some karateka, reaching up to the present day. I would start my presentation of written sources, therefore, from this last source.

In this magazine we find an article by Kinjo Hiroshi sensei, entitled "Study of Pinan". The master had been a pupil of numerous Okinawan teachers, including one of Itosu sensei's closest collaborators, Hanashiro Chomo sensei. Hanashiro sensei was, together with Yabu sensei, one of the cornerstones of scholastic Karate, that is the type of Karate that was taught in Okinawa schools, in a simplified version, and which, thanks to Funakoshi sensei, another cog in this machine, reached mainland Japan. Kinjo sensei wrote:
“In his later years, Itosu sensei told my teacher, Hanashiro Chomo, who was his assistant, the following 'Hanashiro, in Pinan's case, I think there are many cases where [students] get injured hitting, so I think it's better to switch [shuto] with clenched fist.' So Hanashiro taught us to switch shuto with clenched fist”.
Now, this ONLY concerned the students of Hanashiro sensei, who taught at the Okinawa Prefectural Daii ichi Junior High school (source: "Okinawa Kobudo", Nakamoto Masahiro), that is, to children. This particular version of Pinan Shodan (Heian nidan for Shotokan) does not have chudan-shuto, which have been replaced by tsuki-uke (similar technique, but done with clenched fists), and is still practiced in the Bugeikan school. It is easy to understand how this simple sentence caused the birth of the myth of Itosu sensei who closed the hands of Karate so as not to hurt the children. A half-truth if you like, given that he made ONLY children close their hands, in ONLY one school, and in ONLY one kata. In fact, just look at any style of Karate derived from him to notice the presence of open hand techniques such as shuto (jodan, chudan, gedan), nukite (in the various versions), kake-uke / saguri-te, etc, etc. . So here is a classic example of (voluntary or involuntary) manipulation of reality, which has caused yet another false myth. 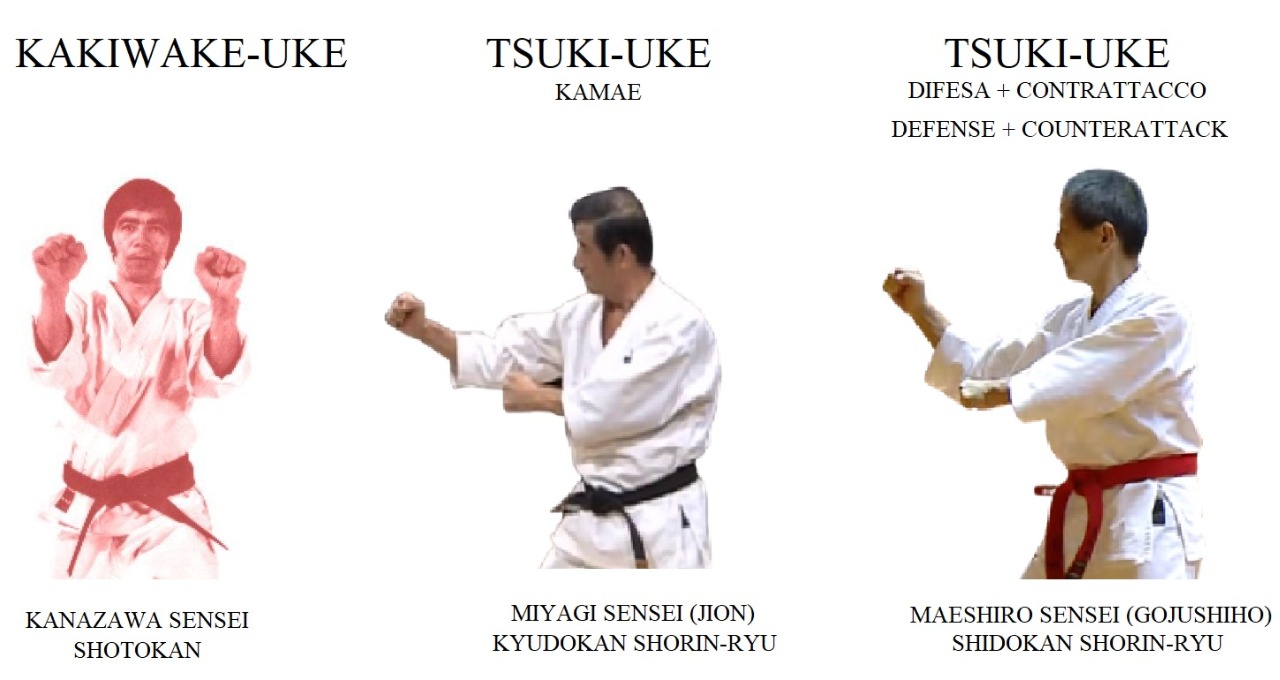 Tsuki-uke
In any case, among the various written sources, I have chosen another decidedly authoritative one, which I am going to present to you below.

Upon Itosu sensei's death, his right-hand man, Yabu Kentsu sensei, wrote a series of articles in the Ryukyu Shimpo newspaper, in memory of the late master. In one of these Yabu sensei described a not very friendly "exchange of views" between a certain Chinen and Itosu sensei. In describing this Chinen, Yabu sensei describes one of the differences in the Chinese way of hitting (in this case the method practiced in Fuzhou, the capital of Fujian) and Okinawan.
“Once there lived in Shuri an expert named Chinen, who had studied in China. In his youth he had traveled to Fuzhou and studied Chinese martial arts deeply, and prided himself on being one of the best martial artists in the world. Ryukyu [Okinawa] martial arts are based on clenched fists, while in China they use open hands to defend and attack, like swords.”
As can be seen from these few lines extracted from the article, the use of closed hands was typical of Okinawa (Ryukyu Kingdom), and was not an invention of Itosu sensei.
I would like to conclude by presenting one last source.

In September 1957, the Okinawa Times newspaper published two articles in which Chibana Choshin sensei and Nagamine Shoshin sensei talked about Karate. The two were respectively President and Vice-President of the Okinawa Karate-do Renmei federation. The second article opens with the words of Nagamine sensei, from which I extracted the following sentence:
“The punch is not included in the percussion techniques of the Chinese art. Instead, they use open hand techniques or bird beak hands. The art of striking that uses fists as the main weapon is typical of Okinawan. Rokkishu [Six hands = use of hands] is shown in Chinese Bubishi [Wu Bei Zhi], but does not show fists.”
Actually, even in China some martial arts use the clenched fist, although different from that of Karate, however here Nagamine sensei reiterates how the clenched fist is typical of Okinawan martial arts and, consequently, this cannot be a modification made by Itosu sensei. 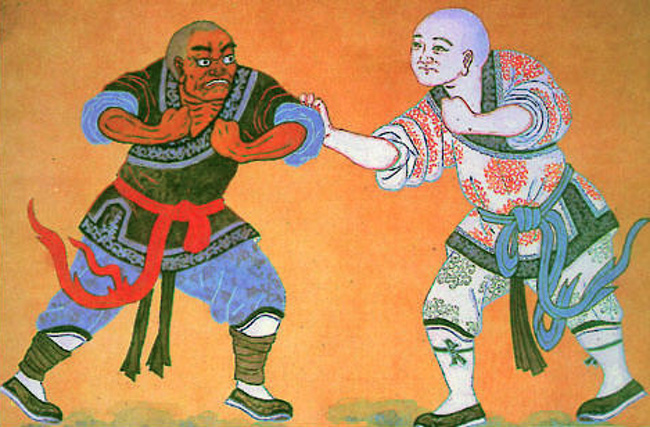 I think that what has been said so far, combined with the common sense that lies in recognizing the open hand techniques that many karateka still practice today, is sufficient to dispel the myth according to which Itosu sensei replaced the open hand techniques with closed hand ones. I am sure that my article is not enough to eradicate this false myth from mass culture, so I kindly ask you to share the article, and to correct anyone who, from now on, should make the mistake of quoting this cliché in your presence.